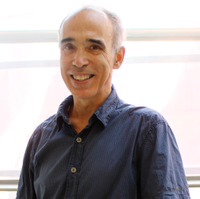 Juan DIEZ MEDRANO is a Professor of Sociology at the Universidad Carlos III de Madrid. and Research Fellow at IBEI (Institut Barcelona d'Estudis Internacionals). He obtained his PhD. from the University of Michigan (1989) and was formerly employed by the University of California, San Diego (1989-2003), the International University Bremen (2003-2004), and the Universitat de Barcelona. He is the author of Divided Nations (Cornell University Press, 1995), Framing Europe (Princeton University Press, 2003), Europe in Love: Binational Couples and Cosmopolitan Society (Routledge, 2020) and numerous scientific articles. He has also been a Visiting Scholar at ZUMA (Mannheim, Germany), the WZB (Berlin, Germany), Sciences Po (Paris, France), and the Freie Universität Berlin (Kolleg Forschungsgruppe "The Transformative Power of Europe", 2009). His most recent work has versed on the consequence of knowing foreign languages, on theories of secessionism as they relate to Brexit, and on European identification and solidarity.  He has also published on trade unions' support of free trade agreements in the United States and the United Kingdom.  At the moment, he is working on the emergence of a global market for zero emission vehicles. He is a regular reviewer for International Journal of Comparative Sociology, European Union Politics, Journal of Common Market Studies, Social Forces, Social Problems, and Ethnic and Racial Studies, among others.