The Europeanisation of Everyday Life: Cross-Border Practices and Transnational Identities among EU and Third-Country Citizens (EUCROSS)

The EUCROSS project examines the relationship between the manifold activities of EU residents (nationals, mobile EU citizens, and third-country nationals) across the borders of nation states and their collective identities. Specifically, the project will:

1) map out individuals’ cross-border practices as an effect of European integration and globalisation;

2) assess the impact of these practices on collective identifications (also controlling for the inverse causal process).

Which cross-border practices are more likely to foster some form of identification with the EU – e.g., contacts with foreign friends and/or unwanted foreigners, periods of labour mobility abroad, buying property abroad, business and tourist travel, or consumer relations with international companies? Under which contextual and individual conditions do these experiences promote a higher sensitivity to ‘Europe’ – rather than the ‘local’ or the ‘global’ – as an identity catalyst? Which social groups are more prone to adopt a European mindset in the wake of the Europeanisation of everyday life? To disentangle empirically the factors and mechanisms that link together the cross-border practices facilitated by European integration, globalisation and/or other dimensions of collective identity, we adopt a two-stage, mixed quantitative/qualitative approach. In the first stage, we will carry out a quantitative survey among nationals, intra-EU movers (Romanian citizens) and third-country nationals (Turkish citizens) who reside in six European countries (Denmark, Germany, Italy, Romania, Spain and the United Kingdom). In the second stage, we will interrogate, via in-depth interviews, the meaning given by individuals to cross-border practices, their collective identifications, and the role that the European Union, globalisation, and the nation play in these personal narratives, among a select typology of respondents to the quantitative survey. 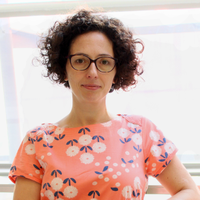