International Relations of the Middle East: democracy, conflicts and cooperation 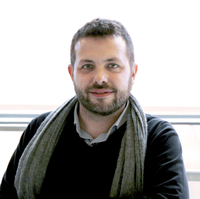 The goal of this course is to provide students with the opportunity to get a closer look to the political dynamics of the Middle East and North Africa, to get to know the main political actors and to be introduced to theoretical debates on democracy in this region. The countries of the Middle East and North Africa (also referred as MENA), and particularly the Arab countries, have traditionally been seen as hostile for democracy. Other regions such as Southern Europe, Latin America, Eastern Europe and even parts of Africa experienced transitions to democracy since the 1970s. In contrast, several Arab countries that initiated political reforms in the 70s or the 90s entered a de-liberalisation phase in the 2000s, characterised by a harsher repression against of all forms of opposition. The wave of popular protest and subsequent changes initiated in 2011, commonly referred as Arab Spring or Arab Awakening has shaken the terms of the debate on democracy in the Middle East. Several dictators have fallen; other countries have introduced political reforms and others have reinforced their traditional strategies of social control: a combination of subsidies and repression. External actors are also re-evaluating their policies towards this region and are trying to draw lessons from their past actions (or lack of action). In this critical juncture it is particularly relevant to analyse the domestic and international factors that could contribute to increase (or decrease) the prospects of this region (or parts of it) becoming more democratic.

This is a compulsory course. It introduces the student into the politics of the Middle East, an area with many ramifications into world politics (security, lobbying, among other). The course aims to apply to this particular region concepts and debates that the student will see in other courses of the program.

Module 1: Find out what makes authoritarian regimes so resilient

When looking at world rankings on democracy, freedoms and governance you may have realised that the MENA is one of the least performing regions in the world. Why? Is there anything peculiar to this region that makes it more hostile to democracy? Or is it just a matter of time? There are two different ways of trying to come to an answer to these questions. The first consists in analysing why there are so little democracies in this region and why it seems so difficult for democracy to take roots in the MENA. The second is to put the focus on authoritarianism rather than democracy and transform the question from “Why are there no democracies in the MENA?” to “What makes authoritarian regimes so resilient in this region?”. Which of those approaches seems more relevant to you? To a certain extent, the Arab Spring (the phenomenon of massive protest that shook the region in 2011 and that forced some long-lived autocrats to step down) challenges some of the assumptions of previously existing debates. Yet, the aftermath of the political processes triggered by those protests have reinforced some views suggesting that the MENA is (and will be) unfriendly for democracy. When looking at the news coming from the region you may have already experienced a similar feeling of frustration. The purpose of this unit is for you to think critically and look at unfolding events in light of these debates and, ideally, to be able to contribute to them. You may, one day, be able to contribute to strengthening the roots of democracy or making authoritarianism less resilient. Not only scholars but many activist and anonymous people are already very busy trying to do so.

Readings and other resources:

Module 2: Evaluate whether opposition movements, including Islamist ones, can be a force for democracy

Have you ever doubted whether you should qualify a political party or a group as Muslim or Islamist? Or have you hesitated between the terms salafist or jihadist? Do you know what Wahhabist means and in which context you should use it? If you have already been following the politics of the region you may have also wondered whether the terms Islamist still apply to AKP party in Turkey or Ennahda in Tunisia? When looking at elections in which Islamist forces obtained a large support you may have heard some people saying that Islamist parties play with democracy but don’t believe in it. If you were already interested in this region, you may have been caught by surprise when you saw that Islamist movements had a low profile in the protests. You may have discovered, then, that the societies of the MENA region are not only active but diverse too. This second challenge will invite you to apprehend the diversity of opposition movements in the MENA region, including Political Islam. In the previous unit, you have become familiar with the nature of political regimes in the region and why authoritarian has been so resilient. By taking up this challenge, you will start to get familiar with the opposition to these regimes, getting to know which kind of protests have erupted in the past and, consequently, knowing those that could be leading to new uprisings in the future.

Module 3: Assess the impact of the Arab-Israeli conflict on democracy and viceversa

Almost everyone has an opinion on the Arab-Israeli conflict. People often position themselves and the others as pro-Palestinian or pro-Israeli. You may have in mind images of local politicians wearing t-shirts supporting Palestinian’s right to self-determination or praising Israel as a start-up nation. You may have even participated in discussions on whether a certain institution or person should be invited or be proposed as a partner. The Boycott, Divestment, Sanctions (BDS) movement is well-spread globally. You may have also wondered whether Hamas should be qualified as a terrorist organisation and which kind of relations should be established with this movement. You may have followed Trump’s decision reiterating that Jerusalem is Israel’s capital and that the US embassy will be moved to this city regardless of whether there is a peace agreement or not. You may have read some articles in the press urging Europe to respond by recognising Palestine as a State. For everyone, but particularly for those of you genuinely interested in International Relations, it is impossible to scape this conflict. By taking up this challenge you are getting ready to go beyond your initial assumptions. You will realise that you knew some aspects of this conflicts but that you were missing some others. And most important you will reflect upon whether this conflict has been an obstacle for democracy in this part of the world or whether poor democracy (or lack of it) made progress more difficult. All in all, next time you discuss this conflict with your family, friends or workmates you will be able to present more sophisticated arguments and elements that may not be sufficiently known by the large public.

Module 4: Who cares about democracy?

You may remember from the first module that we some authors argue that the region we are studying is different, is exceptional. Even those that do not agree have identified elements (e.g. the rentier system or the robustness of the security apparatus) explaining why democracy does not take roots. If this is the case, why should we care about external democracy promotion in the region? Does this mean that we are investing in something that will never materialise? Or does it mean that this policy is not a genuine priority but an instrument to achieve something else? But you may disagree. You may think that there are examples that are now proving that democracy can take roots (Tunisia?) and that even in the most difficult circumstances there are reforms to be promoted and democratic activists to be protected through this module, you’ll be challenged. As you already did in the second exercise as you will have to put yourself in the shoes of people with very different positions and interests. You will also have the chance to focus on Turkey. Note that the Middle East is more than its Arab core. Turkey, because of its peculiar position (candidate for EU accession, member of NATO) is sometimes considered as an external actor but it’s also a regional power in the Middle East. In the framework of this challenge, we will try to analyse Turkey as both a country with a difficult democratisation process but also as a country whose policies may have an impact in the democratisation of other parts of the region.