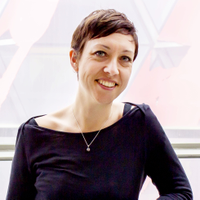 In 2018, 78,667 people were killed violently in Brazil and 43,089 in Mexico, compared with 29,584 in Afghanistan and 16,905 in Syria in the same year—despite the fact the first two countries are not considered to be at war. Direct conflict deaths now account for only a fraction of violent deaths worldwide, and as the examples above suggest, the level of criminal violence is especially high in Latin America, which has around 8% of the world’s population and 33% of the world’s homicides. This presents both a security challenge and a development challenge.

IR and international security scholars have traditionally been concerned primarily with war—disproportionately so, given that most lethal violence does not occur in war zones, and the levels of lethal violence in non-conflict settings are often higher than in war zones. In recent years, however, literature across the fields of political science, IR and conflict studies has sought to redress this imbalance by shifting attention to criminal violence. This course builds on a new wave of scholarship that analyses the similarities and differences between different types of political violence, and particularly between civil wars and criminal violence.