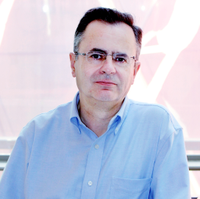 Antoni Estevadeordal has held several senior executive positions at the Inter-American Development Bank (IDB) in a career of more than 25 years. Most recently he was the IDB Representative in Europe, based in Brussels (2020-21). Previously, he was Head of the IDB Migration Initiative (2018-20) and Manager of the IDB Integration and Trade Sector (2007-18). In these capacities, he oversaw the IDB relationship with all European stakeholders, including relations with the European Institutions (EC, EIB). Under his leadership the IDB launched in 2019 an innovative blended-finance initiative of US$ 1 billion to respond to the migration crisis in LAC. For more than a decade he was responsible for IDB support to the trade and integration agenda in LAC, including the supervision of a lending portfolio of more than US$ 3.3 billion in more than 20 countries. He also coordinated all IDB’s technical assistance, research agenda, capacity building, as well as several public-private policy dialogues and inter-institutional partnerships (WTO, OECD, WB, IMF, WCO, UN, ADB, APEC, WEF, etc.) in areas such as trade policy, trade negotiations, trade facilitation, investment promotion, regional integration, regional public goods, among others.

He has taught regularly at the University of Barcelona, Pompeu Fabra University (IBEI), Tsinghua University (Schwarzman College) and Harvard University. He has published widely in major journals such as American Economic Review, Quarterly Journal of Economics, Review of Economics and Statistics, Review of International Economics, Review of World Economics, Journal of Economic Integration, World Economy. He has co-authored and co-edited several books such as 21st Century Cooperation: Regional Public Goods, Global Governance, and Sustainable Development (Routledge), The Sovereign Remedy: Trade Agreements in a Globalizing World (Oxford), Regional Rules in the Global Trading System (Cambridge), Bridging Trade Agreements in the Americas (IDB), The Emergence of China: Opportunities and Challenges for Latin America (Harvard), The Origin of Goods: Rules of Origin in Preferential Trade Agreements (Oxford), Regional Public Goods: From Theory to Practice (IDB-ADB), Integrating the Americas: FTAA and Beyond (Harvard). He has been a Nonresident Senior Fellow at Brookings Institution and member of the WEF Global Council Agenda on the Future of Logistics.