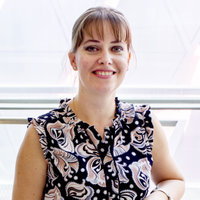 Anastassia V. Obydenkova is a leading research fellow at National Research University Higher School of Economics (Moscow), and a research affiliate at the Institute for Economic Analysis of the Spanish Council for Scientific Research (Barcelona). She holds a PhD in Political and Social Science from the European University Institute (Florence, 2006). She was awarded Fox Fellowship at Yale University, Fung Global Fellowship at Princeton University, and she was  Kathryn and Shelby Cullom Davis Senior Research Scholar at Harvard University.

She studies modern autocracies, international organizations, regionalism, democratization, post-Communism, with area-focus on former Soviet states and China. Her work on these topics had been published in such journals as World Politics, Comparative Political Studies, Post-Soviet Affairs, Review of International Organizations, Intelligence, Environmental Research, Democratization, European Journal of Political Research and Journal of Democracy, among others.

Among her most recent books are Autocratic and Democratic External Influences in Post-Soviet Eurasia (Ashgate; co-edited with A. Libman, 2015), Causes and Consequences of Democratization (Routledge: London-New York; co-authored with A. Libman, 2015; 2017) and latest book with A. Libman is The Authoritarian Regionalism in the World of International Organizations: Global Perspective and Eurasian Enigma, that is under the contract with Oxford University Press: Oxford.