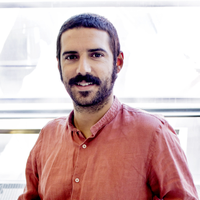 The course Security and Development aims to bring the student closer to these two concepts that have marked the passage of international relations especially since the end of World War II. Broadly speaking, this course makes an exhaustive review of the evolution of both security and development over more than half a century and pays special attention to the intersection that occurs between both concepts in the vicinity of the 1990's. It is this convergence which gives meaning to the intertwined analysis of these two conceptual and operational frameworks.

The learning objectives of the course are:

•  Deepen the knowledge in the theoretical discussions about security from the end of World War II as well as the ways in which key international actors have operated different conceptions of security on the international stage.

•  To examine in depth the context in which development debates arise during the second half of the 20th century and see what impact has had the operationalization of development policies in global geopolitics.

•  Analyse the circumstances in which it has occurred and what effects it has had in the theoretical debates as well as in the policies carried out on the ground the convergence between the phenomena of security and development as of the 1990s.

•  Know and critically examine the different groups of authors who have generated academic debate over the last decades on security and development issues as well as to break down the main theoretical contributions of these two phenomena.

•  Analyse the behaviour of the main actors (international organizations, states, NGOs and civil society, private security companies, etc.) who have played a key role in securing security and development policies on the ground.

This first module focuses on the conceptual framework of security as well as how it has been operated especially since 1945. Specifically, this module reviews exhaustively the precedents, definitions and types of security, the emergence of the security principle collective, the creation of the UN, the role of security in the bipolar world of the Cold War and how the main international actors operationalize security during this period.

Throughout this first introductory block the student will become familiar with the basic conceptual framework in security issues, emphasizing the different definitions and typologies presented by several authors.

2. From the Wilsonian idealism to the principle of collective security

This second block explores the period of operationalization of security that encompasses from the end of the First World War and the rise of the Willmonial idealism until the conclusion of World War II, with the corresponding creation of the Organization of the United Nations (UN) based on the principle of collective security.

3. International security during the Cold War

This third block analyzes the effect of the bipolar nature of the international system, headed by the United States of America (U.S.) and the Union of Soviet Socialist Republics (USSR), in the operationalization of security in the international arena.

This second module focuses on the origin and evolution of development policies in the framework of the decolonization period and at the moment immediately afterwards. This module analyses the influence of economists in the emergence and configuration of the concept of development, what critical responses were generated and what impact had on the world geopolitics the consolidation of the discourse of development.

1. Conceptual framework: from the process of decolonization    to the discourse of development

Throughout this first introductory block the student will become familiar with the conceptual framework of the development and the origins of this discourse in the context of decolonization processes.

2. The emergence of the discourse of "developmentism"

This second block examines in depth the evolution of development discourses and how these are beginning to be operationalized in Third World countries. Special emphasis is placed on consolidating the concept of "developmentalism".

3. The economists of ECLAC and the theory of dependence

This third block analyses the emergence of a series of critical economists with the dominant "development" discourse that stemed from the framework of the Economic Commission for Latin America and the Caribbean (CEPAL, in Spanish). Specifically, this third point analyses the theory of dependence.

Module 3: The intersection of security and development

This module analyses how, since the 1970s, there has been a growing convergence between security and development issues. This block examines the effect of the consolidation of environmental studies on development as well as the effect on security strategies of the proliferation of new threats to people within the framework of the end of the Cold War. The module breaks up academic debates on key issues such as sustainable human development and human security.

1. The emergence of environmental studies and sustainable human development

Throughout this first block the student will become acquainted with the impact of the emergence of environmental studies on the evolution of the conceptual and operational framework of development.

This second block is devoted to changes and structural transformations that occurred on the international stage around the 1990's and how new security threats were begun that required new paradigms to be addressed.

In this third block, and in conjunction with the two previous points, the module breaks down the conceptualization and operational framework of human security, a concept of security that was consolidated in the 1990s as a potential response to the new threats to security.

Module 4: Security and development beyond modernity

The fourth module addresses new approaches to security and development in the context of the last two decades. The module examines the effects of the emergence of postmodern critique on development and security, which question modern foundations such as science and reason to make sense of security and development challenges. Moreover, it raises new theoretical approaches that go beyond postmodern critique (criticism of criticism) and that could potentially be used as tools for analysis on development and security.

1. Security in the 21st century, critical safety studies and criticism of critics

In this first block the student will become familiar with the most recent conceptualization of the security as well as the response of the critical studies of security and criticism of the criticism.

Throughout the next block, it will be analysed how the consolidation of postmodern thinking, and specifically within the framework of feminist studies, has had an important influence on the conceptualization of development.

3. Beyond postmodernity: Security and development in the Anthropocene

In this third and last block of this fourth module (and of the course), the current ecological era of the Anthropocene is affirmed. It is argued the theoretical and operational implications the Anthropocene has had for security and development.

Each chapter of the module will be assessed, providing continual assessment over the duration of the course, with a higher weight towards the end.