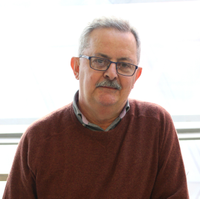 Emeritus Professor of Political Science and the Administration, Faculty of Law at the Universitat de Barcelona. From 1994 to 1999 he was Head of Studies for the degree course in Political Science and the Administration, and from 1999 to 2003 he was director of the department’s. He has given classes and seminars in Nicaragua, Bosnia-Herzegovina, Serbia and Montenegro, France, the United Kingdom, Italy, Holland, Mexico, the United States, Canada, the Middle East, China, Japan and other countries. From 1993 to 2003 he was a magistrate in the Constitutional Court of Andorra, and from 2000 to 2002, he was the court's president. In 1996, he was head of the legal office of EUAM (European Union Administration of Mostar). Adviser to Mr Carlos Westendorp, Head of the OHR (Office of the High Representative) in Bosnia-Herzegovina in 1998 and 2000. From 2003 to 2005 he was a European Union adviser to the PNA (Palestinian National Authority) in the area of constitutional reform. He has taken part in exploratory missions and as an electoral observer in places such as Bosnia-Herzegovina, the Palestinian territories, Indonesia, Central Asia and Haiti. From 2008 to August 2010 he was director of the Strategic Affairs and Security Division of the Ministry of Defence, and in September 2010 he rejoined the UB.