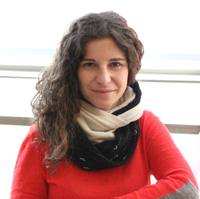 Faculty of Communications and International Relations

Valeria Bello is Associate Professor in Sociology at the Blanquerna Faculty of Communications and International Relations, University Ramón Llull, Barcelona, Spain. Previously she has been

Senior Research Fellow at the United Nations University Institute on Globalization, Culture and Mobility (UNU-GCM) and is the founding scientific coordinator of the UNU Migration Network, which she has coordinated from February 2014 until January 2016. She is a Political Sociologist who has taught and published in the fields of Sociology, International Relations and Political Science.

She is interested in the impact of cognitions and the intersection of cultural and socio-political elements on the development of social life. She mainly works at themes such as prejudice, racism, extremism and the securitization of migration. Her research interests concern the role of non-state actors in the area of migration and interethnic relations and in the fields of international relations and international and human security. She is also an expert of migration and climate change and its impact on socio-political and cultural conflicts.

She is author of the book "Internation Migration and International Security. Why  Prejudice is a Global Security Threat" (Routledge, 2017).

Since September 2017, Valeria Bello is Member of the Governing Council of the European International Studies Association.