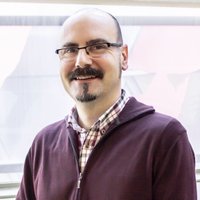 Dr. Abel Escribà-Folch (1978, Catalunya) is an Associate Professor at the Department of Political and Social Sciences of Universitat Pompeu Fabra. Before that, and after earning his PhD. (2007), he was a Research Fellow at IBEI (2007-2009). He has also been a visiting researcher at New York University, the University of Sussex, and the University of Essex.

He does research in comparative politics, comparative political economy, and authoritarian politics. In particular, he has an interest in authoritarian regimes survival and their institutions, how international pressure - such as foreign aid, economic sanctions, human rights prosecutions and military interventions - influences domestic politics in autocratic contexts, democratization, repression, and transitional justice.

2017. Stein Rokkan Prize 2017 for Comparative Social Science Research for the book Foreign Pressure and the Politics of Autocratic Survival. Enlace

2011. Wildenmann Prize 2011 granted by the ECPR to the best paper presented at the 2010 Joint Sessions of Workshops in Munster (Germany). Paper: “Authoritarian Responses to Foreign Pressure: Spending, Repression, and Sanctions.” Enlace