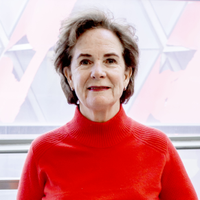 Michele de Nevers is Executive Director of Sustainability Programs at the Haas School of Business at the University of California, Berkeley.

Prior to Berkeley, de Nevers was a senior associate at the Center for Global Development (CGD) in Washington, DC, where she headed its climate change program and led a team working to establish the Tropical Forest Finance Facility, a multilateral wealth fund and pay-for-performance mechanism to finance reduced deforestation of tropical forests.  She continues to work with CGD as a non-resident fellow on climate issues.

From 1976  to 1978, she was a Peace Corps volunteer in the Philippines, where she worked in public health and family planning.

De Nevers holds an MS in Management with a concentration in finance from MIT, a BA in Bacteriology from the University of California, Berkeley, and a certificate in executive education from the Harvard Business School.