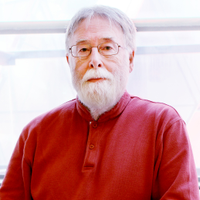 Modernity is generally understood to be the legacy of the Enlightenment that evolved in Western Europe and North America as a result of the Protestant Reformation, the modern scientific revolution, the industrial revolution, the development of capitalism and the free market economy, as well as liberal parliamentary democracy and civil society, a legacy that their heirs have considered to be universal.

An integral part of the process of modernity that brought unprecedented wealth and power to the area was Euroamerican imperialism, whose impact on the colonised world was very different from its impact on the metropole (as it was also on the colonisers’ own underclasses). The rights that were supposed to be guaranteed by Les Droits de l’Homme at home (and abroad) were frustrated by laissez-faire abroad (and at home). The paradigms of political science and international relations that the developed world has invented and considered universal (Realism, Liberalism and Social Constructivism), have been seriously challenged by the former colonies.

Developing countries see these paradigms from a postcolonial and a postmodernist perspective and question their validity. Globally, the catastrophic environmental and social impacts of industrialisation and an economic development model based on the infinite consumption of finite resources have caused serious concerns about the difference between sustained economic growth and sustainable economic growth.

The postcolonial and postmodernist paradigms question the validity of the Euroamerican paradigms and their “universal” value and assume alternative visions of a new world order. During the 1990s there was a major debate between “Universal Values” and “Asian Values” in an attempt to explain the differences between Euroamerican capitalism (with the Protestant work ethic as a motor according to Max Weber) and Asian capitalism (especially East Asian capitalism, with Confucian ethics as its motor). The “Beijing Consensus,” which preaches that each country develop according to its own historical, social, economic and political circumstances, competes with the “Washington Consensus,” which proposes a uniform neoliberal model for everyone.

If as a result of these discussions the value of modernity as a model has been called into question, what kind of model or models could be an alternative? Is modernity a single, absolute and universal process? Are there “coeval” or “multiple” or “alternative” modernities? Are there alternative paths to modernity? Should we reject modernity and build a postmodern world order? Are there “non-Western” theories of international Relations?

Through a comparative study of modern and contemporary East Asian social, political and economic thought this module will provide a variety of answers to the questions raised, conscious of what the former US Secretary of Defense, Donald Rumsfeld, once said (quoting NASA sources that were highly conscious of the consequences of Murphy’s Law),

Reports that say that something hasn’t happened are always interesting to me, because as we know, there are known knowns; there are things we know we know. We also know there are known unknowns; that is to say we know there are some things we do not know. But there are also unknown unknowns – the ones we don’t know we don’t know. And if one looks throughout the history of our country and other free countries, it is the latter category that tend to be the difficult ones.

Slavoj Zizek added the concept of “unknown knowns” to these categories, that is to say, things that we do not allow ourselves to admit that we do know, things about which we are in denial. This module will explore some of the knowns and unknowns of East Asia in the emerging 21st century world order.

A dossier of required readings and a complementary bibliography is provided as the basis for class debates and to orientate students. The classes will orientate students on the major topics of modern and contemporary East Asia, and will promote debate through oral presentations, simulations and case studies.

The final grade will be based on continuous assessment of students according to: