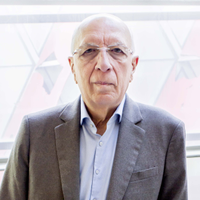 Ramon Torrent was until his retirement in September 2017 a Professor of Political Economy and International Economic Law at the Universitat de Barcelona. Between 1988 and 1998, he was a member and later the Director for International Economic Relations in the Legal Service of the EU Council. He is one of the five EU-proposed members of the roster of arbitrators for the EU agreements with Central America, Perú and Colombia, Chile, CARIFORUM, Moldova, Georgia, Ukraine, Korea and SADC.

He set up the International Chair WTO/Regional Integration, first Chair ever created by an agreement between the WTO and a University (2002), and was the Coordinator of the participation of the Universitat de Barcelona in the Virtual Institute of UNCTAD as well as the Director of the Master of Laws in International Economic Law and Policy (LL. M. IELPO). He directed a high number of online courses organized by the Fundación CEDDET in the areas of regional Integration and International relations.

He has coordinated a number of International, mainly EU-funded, projects of cooperation in Higher Education with Latin America, the Mediterranean, the EU’s Neighbouring Countries and Africa. He launched the process of the Arab – Euro Conferences on Higher Education (AECHE). He is currently (2019) the scientific coordinator of the Horizon 2020 project EULAC Focus (“Giving Focus to the cultural, scientific and social dimension of EU – CELAC relations”) as well as the President of “Observatorio de las Relaciones UE – AL, OBREAL- GLOBAL OBSERVATORY” an association with legal personality whose members are 23 institutions of Higher Education and Research from the European Union, Latin America and the Middle East.