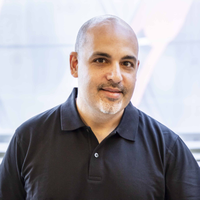 Associate Professor & the Dean of the Lauder School of Government, Diplomacy and Strategy

Assaf Moghadam is Associate Professor and the Dean of the Lauder School of Government, Diplomacy and Strategy at the Interdisciplinary Center Herzliya (IDC), Israel, which he joined in 2011. He is also a fellow at the Combating Terrorism Center at West Point (CTC); a fellow at the Center on National Security at Fordham Law School (CNS); a Senior Researcher at the International Institute for Counter-Terrorism (ICT); and a research affiliate at the Consortium for the Study of Terrorism and Responses to Terrorism (START) at the University of Maryland. Prof. Moghadam has taught at Columbia University, the United States Military Academy, and the University of Massachusetts at Lowell, in addition to the IDC Herzliya.

Prof. Moghadam previously served as Director of Terrorism Studies and Assistant Professor at the Department of Social Sciences at the United States Military Academy at West Point, and as Director of Academic Affairs at the ICT. He held pre-doctoral and post-doctoral fellowships at the Belfer Center for Science and International Affairs and at the Olin Institute for Strategic Studies, both at Harvard University.

Prof. Moghadam’s research examines the dynamics within and between militant actors, with a particular interest in terrorism, the global jihad movement, insurgency, and sponsor-proxy relationships. His latest book, Nexus of Global Jihad: Understanding Cooperation among Terrorist Actors (Columbia University Press, 2017, paperback edition 2019), examines empirical and conceptual aspects of cooperative behavior between terrorist entities. He is also the author of The Globalization of Martyrdom: Al Qaeda, Salafi Jihad, and the Diffusion of Suicide Attacks (Johns Hopkins University Press, 2008), which won a Choice award for Outstanding Academic Title, and of The Roots of Terrorism (Chelsea House, 2006). He is the co-editor (with Brian Fishman) of Fault Lines in Global Jihad: Organizational, Strategic, and Ideological Fissures (Routledge, 2011), and the editor of Militancy and Political Violence in Shiism: Trends and Patterns (Routledge, 2012). Two of his books are listed among the top 150 books on terrorism in the journal Perspectives on Terrorism.

Prof. Moghadam has lectured widely on terrorism issues before audiences in the United States, Europe, and the Middle East and has consulted various government agencies on issues related to terrorism and political violence. He is a Contributing Editor for the journal Studies in Conflict and Terrorism, and an editorial board member of Democracy and Security, and Perspectives on Terrorism. He was a founding member of the editorial board of the CTC Sentinel, and he serves on the advisory board of the International Counter-Terrorism Youth Network (ICTYN).

Prof. Moghadam’s articles have appeared in leading peer-reviewed academic journals such as International Security, Security Studies, Studies in Conflict and Terrorism, Terrorism and Political Violence, Perspectives on Terrorism, and Democracy and Security. His writings have also appeared in other outlets including the Washington Post, Boston Globe, International Herald Tribune, Orbis, CTC Sentinel, War on the Rocks, Lawfare, Political Violence @ a Glance, and Die Zeit, among others. He has authored various chapters in edited volumes, and his book reviews have appeared in Perspectives in Politics, Political Science Quarterly, and Transcultural Psychiatry, among other journals.

Prof. Moghadam holds a Ph.D. in international relations and an M.A. in Law and Diplomacy (MALD), both from The Fletcher School at Tufts University, and a B.A. in political science from The Hebrew University of Jerusalem. He is married with three children.