Establishing sustainable peace is now recognized as one of the key problems in peace-building. Post-conflict peace is fragile with a high probability that conflicts return to fighting within a few years. Yet, some countries escape the conflict trap and are able to withstand shocks that test the capacity for peace without returning to conflict. What makes peace resilient? In an innovative research agenda, the project RESPAX puts citizens at the centre of the research and examines what peace means to individuals, what they are prepared to trade to get/maintain peace, and, crucially, what stresses would tip them over into supporting violence.

Answering this question is important for designing more effective peace agreements and for developing an early warning system that identifies potential peace stressors. Increasingly, the world faces unknown threats that put peace to the test economic shocks, health shocks, climate shocks and political shocks. The coronavirus pandemic exposed the fragility of political capacity in many countries, yet we can expect future health shocks similar to covid-19, Ebola, Zika, etc. Economic shocks, such as the Great Recession of 2008/9, and political shocks, such as the rise of populist leaders, can increase inequality, injustices and polarization.

To date, researchers have focused on structural causes for the return to conflict such as poor economic development and ethnic discrimination. A crucial constituency that has long been overlooked is the population itself - the non-elite, non-combatant citizens who are directly affected by a conflict and the peace agreement prepared to contain/end it.

The research uses mixed methods to focus on a series of critical junctures for the individuals interactions with peace. The first part examines a formal process when a peace agreement is tested in a referendum, increasingly seen as a way to gain legitimacy for an agreement. This section of the research examines the dynamics of implementing a referendum and examines the contexts, focusing on what issues become augmented and whether any become deal breakers. The second part examines individual-level opinions in two informative cases. One case is still in conflict (Ukraine) and many of the fundamental principles of peace such as equality before the law are disputed. In the other case has been established (Colombia, where the referendum on the 2016 peace agreement initially failed) and so I test how strong the commitment to peace is under different stresses. The research here will use state-of-the-art survey techniques to test what is required for individuals to accept peace, what they are prepared to trade and how they react to different stresses. Individuals have been glaringly omitted from research into peace and this project will help rectify this gap. The theoretical framework developed for the project has universal relevance and will open up a new research agenda. The data collected on referenda will allow for extensive examination of an understudied area. The cases of Ukraine and Colombia will serve to generate academic learning but also advice on drafting peace agreements that will ultimately be acceptable to the citizens of the country and will also withstand future shocks. RESPAX can thus generate relevant policy advice alongside the academic novelty. 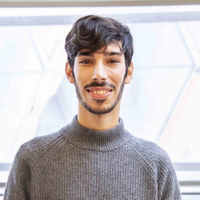